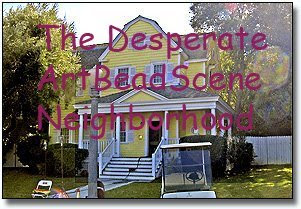 August is drawing to an end the Desperate Editor is desperate for a scoop! As she creeps around the neighborhood, she finds the Ornament Thursday Girls up to their monthly round robin of projects. Desperate Editor is trying to peer in between the crowd to see what they’re working on….. 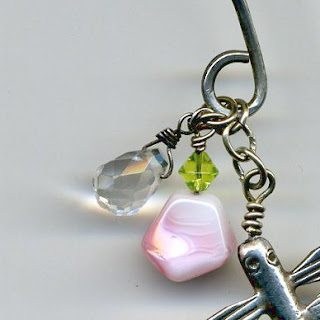 …she can’t quite make it out. Hmmmm what is it? As she tries to figure out what the OT Girls are up to, take a look at what else is going on in the Bead Blogging World…

About.com Jewelry Making
Art shows and sites like Ebay and Etsy are packed full of jewelry makers. When is enough enough or too much? Are there too many of us?

Art Jewelry Magazine
Robert Dancik’s work is featured in the September 2008 issue of Art Jewelry magazine. Check out his project in the magazine, then watch the video on the Art Jewelry web site.

Carter Seibels for Divali Glass Jewelry
Carter shares some of the inspiration behind her creativity, and invites you to do the same.

Jennifer Jangles Blog
Jennifer’s been felting for fun, see what she came up with

Jewelry & Beading
Whip up a simple square stitch bail for that stone donut you want to wear. In fact, whip up a whole batch of them!

Have you heard any good dirt in the beading world? We’d love for you to share! 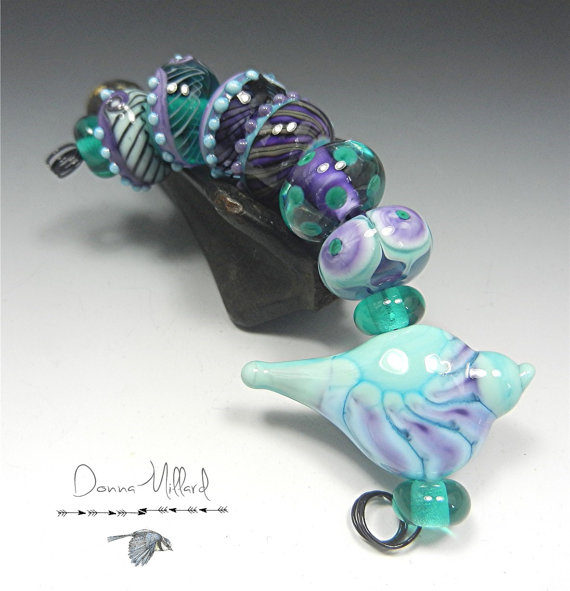 Amuse the Muse – birds and butterflies – with Rebecca of Songbead