Well, it’s coming a little out of the blue, but this is my last post as a member of the Art Bead Scene team.  I made the decision quite suddenly, on Saturday morning, when in a tizz about the lack of hours in the day. I’ve loved being a team member and interacting with you readers, and working with the other team members, but I’ve come to feel like I really need to re-focus my efforts to make the most of my days. I have so many plates spinning at the moment, and, at times, it feels like I’ve not really got my eye on them all as much as I might. Writing blog posts always takes that bit longer than you imagine. Even doing Etsy Picks posts – well, you just wouldn’t believe the hours that can be consumed by looking at art beads on Etsy… oh, wait, hold on… perhaps you would?

So, I thought I’d leave you with a bit of a short, impromptu Inside The Studio post, to share some of the things that have been making demands on my time. Especially as that means that there’ll be one last giveaway. First, of course, there have been new beads. 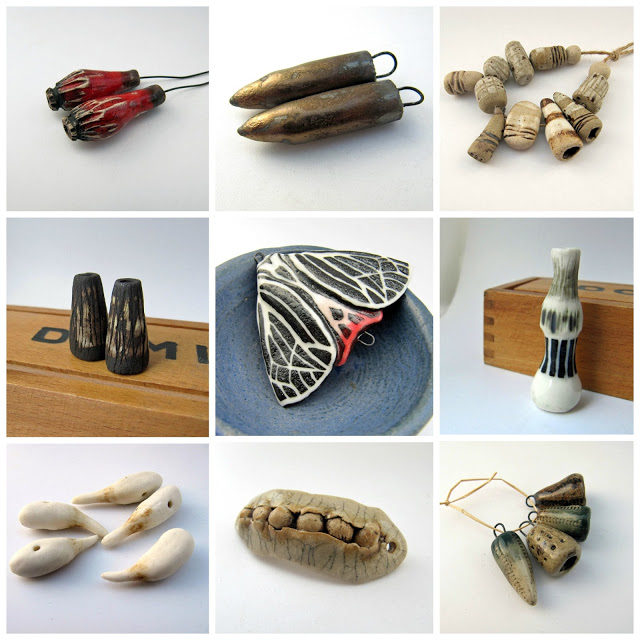 They’ve pretty much all sold out but there’s a handful left in the shop, if you fancy a peek.  I really feel I should be spending time cracking on with making more. That’s now on the schedule this week. However, in the last couple of weeks. I’ve primarily been focused on the metalwork that I wrote about in my last Inside the Studio post.  I’ve been happily settling into my new workspace, filling it with tools and pleasing things – the utilitarian things; the lovely, visual things. It’s the closest I’ve ever got to a dedicated studio. (Well, my living room is as much studio as it is living room.) So, it’s still kinda exciting – and I rather love its diminutive proportions. 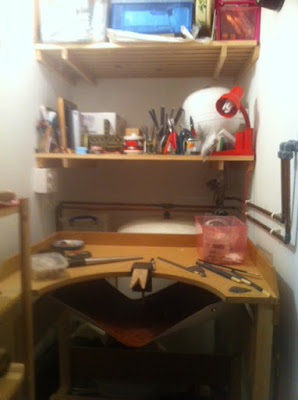 (Apologies for the blur – it’s hard to photograph this space through the aperture of its mini door.)
I really must thank all of you who expressed concerns about the lack of ventilation. (I even had one lovely reader message me. You know who you are – thanks again!) Of course, you were all right and I was… optimistic? After a few short bursts of soldering in there, even my raddled lungs were questioning the wisdom of it. Fortunately, I located another area of my flat that is also sorely underused and all set up for tolerating heat! 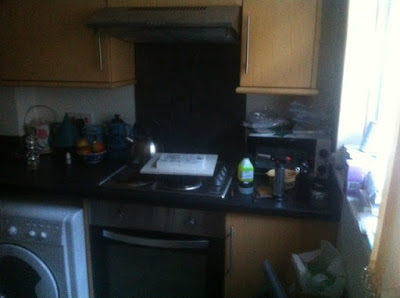 I know – I just boss health and safety! I must be making some progress because I’ve been happily soldering away in my pyjamas, which is not something I’d ever imagined. (NB. Never solder in your night clothes.) I had hoped to include some images of finished pieces with you. One thing I’m still getting my head round is the amount of time that metalwork takes (for instance, the filing, the endless, endless filing…. ) – especially when you’re still learning. I just have to keep telling myself that there are things that were boggling a few weeks ago, that I’m now doing with some ease. I have a stack of things in the works, including a number of bezelled rings which now need setting. I had my first go at setting in my class last night. Like a fool, I’d imagined it would be a relatively quick job. Will I never learn? For the first time ever, I’m wishing I had muscles in my arms. Why can’t I order them from Cookson’s like everything else? So, rather than show you pictures of half finished rings and other empty bezel pieces, and ‘prototypes’ of things that didn’t quite work this time round, I’ll share a few pics of my ‘regular’ beaded jewellery. 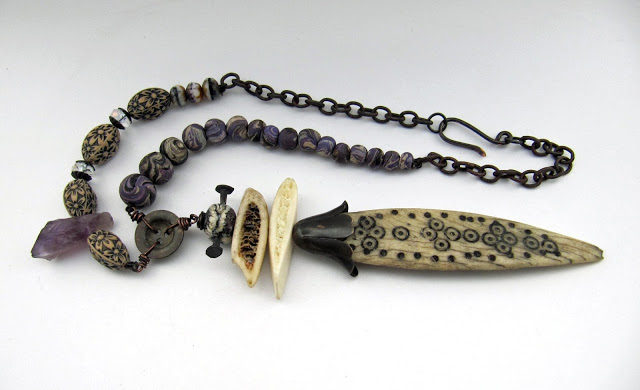 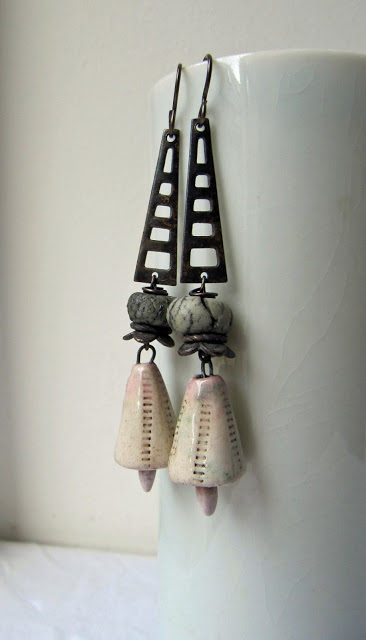 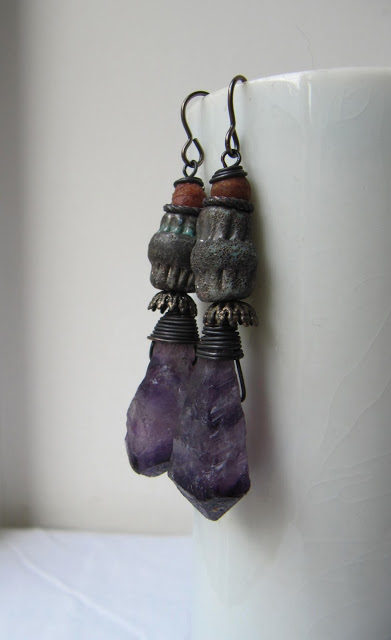 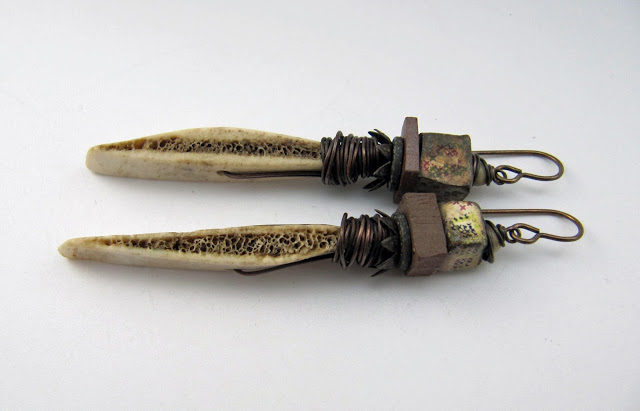 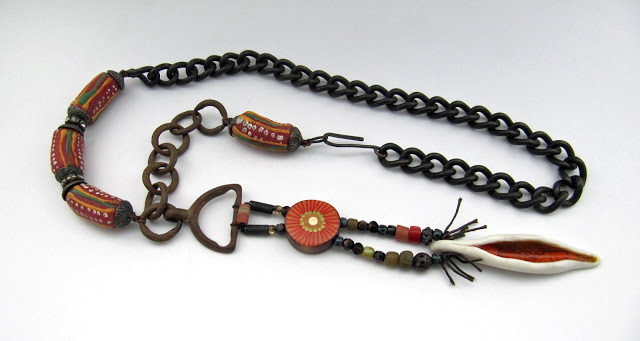 (art beads – Graceful Willow, Something to do Beads) 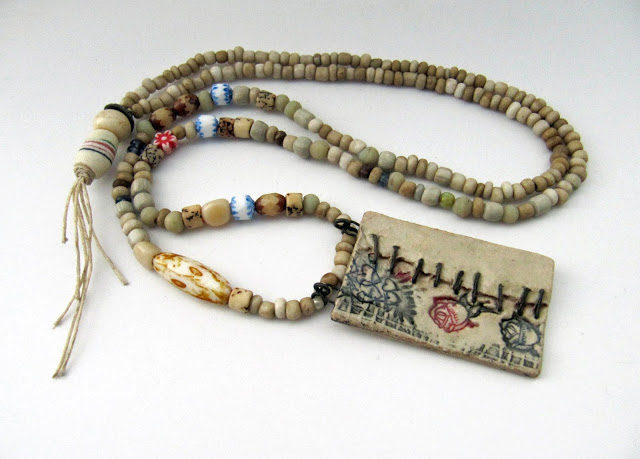 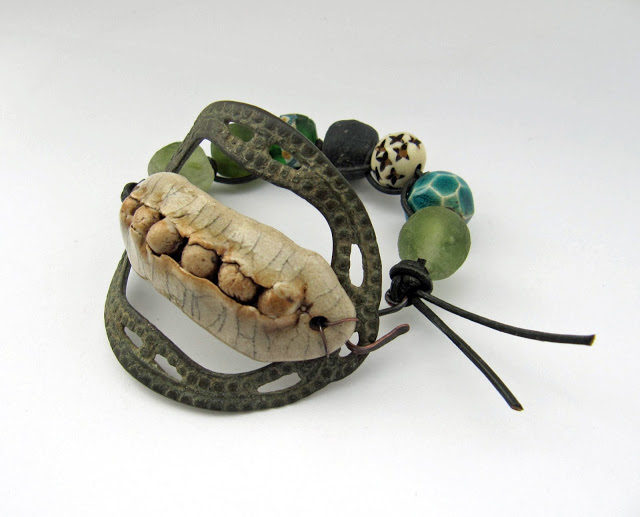 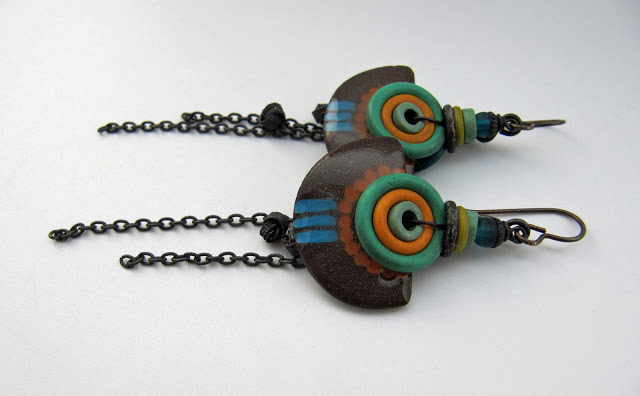 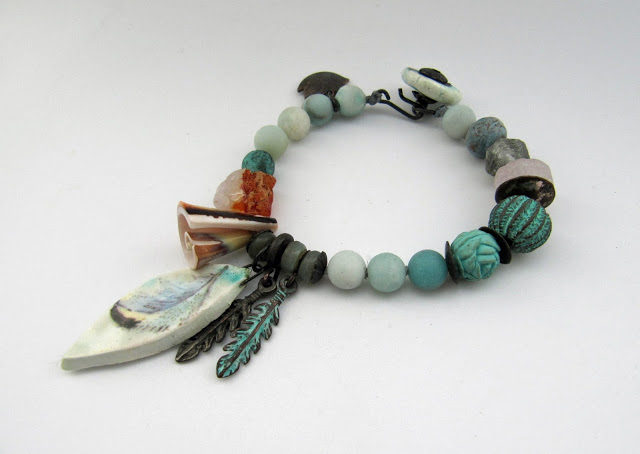 (art beads – Scorched Earth)
Anyway, I promised a giveaway. You know, it’s got to be one last – 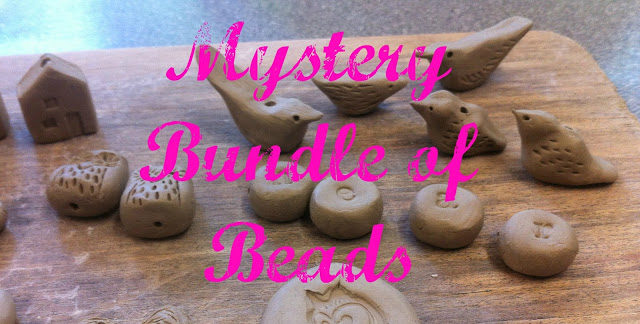 That graphic sure has earned its keep! There’s no question this time; just leave a comment saying something and I’ll pick a winner in a week’s time and get in touch with whoever that is.
When deciding what to put in this last post, I wanted to include the rest of the team somehow. I thought about sharing images of everyone’s work but I feel I’ve done a number of posts sharing images of beads lately – plus Julie did such an elegant job, when she signed off last month. So, I hope you’ll think that it’s fair that – just this once – the members of the team can also be entered in the giveaway, if they comment?
On which note, I must say a big thank you to everyone on the team, both present and past contributors. Thank you for having me! I’m hoping I might be back to write the odd guest post. And finally, a big thank you to all you readers, for commenting and sharing your enthusiasm and expertise, and your love of art beads.  And, thank you even if you don’t comment – it’s just great that you show up and read! So, yes, in general: Thanks!
Claire
www.somethingtodo.etsy.com
www.somethingtodobeads.etsy.com
www.somethingtodowithyourhands.com
37 Comments
By Art Bead Scene Team
Older Posts