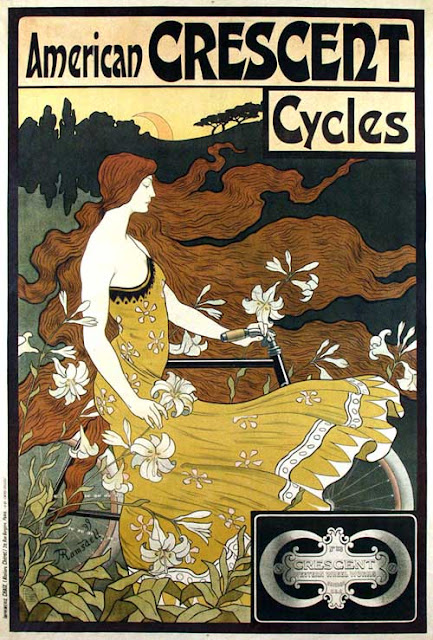 About the Art
Ramsdell was an American painter who studied in both New York and Paris. While in Paris he became heavily influenced by the Art Nouveau work of Eugene Grasset and Alphonse Mucha, as can be seen in this striking, though derivative, bicycle poster. Ramsdell depicts a woman and her bike with her tresses and her dress blowing in the wind–and such hair is hard to miss! (Possibly a record for the greatest volume of hair in art history.) From the fabric of the gown to the lilies caught in the wind, the poster has a stylistic similarity to that of the men who inspired him. But the comparisons end with the strong, earthy colors and the large corporate logo which appears at the bottom right. Nevertheless, the image is eye-catching, compelling and powerful.
About the Artist
Frederick Winthrop Ramsdell (1865-1915) was an American artist, best known for his iconic poster advertising American Crescent Cycles.
Ramsdell was from Manistee, Michigan and studied at the Art Students League of New York under James Carroll Beckwith and later in Paris under R. Collin. (possibly Arthur George Collins). His work was shown at the Paris Salon between 1891 and 1898. He spent some years in France and Italy before returning to the States, and settling in Connecticut. He owned two properties – in Lyme on Grassy Hill Road in 1907 and the second in Old Lyme on Sill Lane in 1915.
Ramsdell became a member of the Impressionist Lyme Art Colony in 1907, and the Lyme Art Association, exhibiting with them between 1907 and 1915.
Color Palette 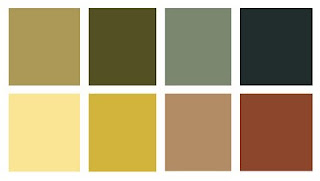 Blog Tour
The Blog Tour deadline is August 30th.
Links must be added to the monthly challenge post comments.
The Blog Tour will be on the 31st.

Winners will be randomly chosen from all the qualifying entries on September 1st.
Our Sponsors
Our sponsors this month are: Jill MacKay, Stephanie Ann and Erin Prais-Hintz.
Please visit us tomorrow to see the prizes!
Featured Designer of the Week:
From all the entries during the month, an editor is going to pick their favorite design to be featured every Monday here on the ABS. We want to give our participants more time in the spotlight! Our Featured Designer will be this Monday, so get those entries in soon.
How to enter the Monthly Challenge:
1. Create something using an art bead that fits within our monthly theme. We post the art to be used as your inspiration to create. This challenge is open to jewelry-makers, fiber artists, collage artist, etc. The art bead can be created by you or someone else. The challenge is to inspire those who use art beads and to see all the different ways art beads can be incorporated into your handiwork.
***Beads strung on a chain, by themselves and beads simply wire or cord will not be accepted.***
2. Upload your photo to our flickr group. Detailed instructions can be found here and click here for a tutorial for sending your picture to the group.

Please add the tag or title AUG ABS to your photos. Include a short description, who created the art beads and a link to your blog, if you have one.

Deadline is August 31st. Photos are approved by our moderators, if a photo hasn’t followed the guidelines it will not be approved. You may upload 2 photos a day.
What is an Art Bead?
An art bead is a bead, charm, button or finding made by an independent artist. Art beads are the vision and handiwork of an individual artist. You can read more about art beads here.
***A bead that is handmade is not necessarily an art bead. Hill Tribe Silver, Kazuri ceramic beads or lampwork beads made in factories are examples of handmade beads that are not considered art beads.
Beaded beads, stamped metal pendants or wire-wrapped components are not considered art beads for our challenge.***
p.s. If you have a blog, post your entry and a link to the ABS challenge to spread the beady goodness.
August Monthly Challenge
26 Comments
By Art Bead Scene Team

The Color of Metal

Design of the Week: Sea Scallops 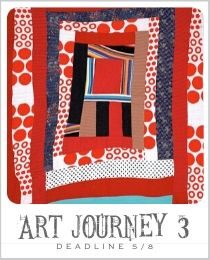