Extraordinary shells from distant lands were highly collectable in the 16th and 17th centuries. They arrived in the Dutch Republic on trading ships from the Dutch East and West Indies. We find them in collector’s cabinets and in still lifes. The shells depicted here can be easily identified as originating from Indonesia, The Dutch West Indies, Cuba, Florida and West and South Africa.

About the Artist
Balthasar van der Ast (1593/94 – 7 March 1657) was a Dutch Golden Age painter who specialized in still lifes of flowers and fruit, as well as painting a number of remarkable shell still lifes; he is considered to be a pioneer in the genre of shell painting. His still lifes often contain insects and lizards. He was born in Middelburg and died at Delft.

His lifetime of works was once summarized by an Amsterdam doctor who said, “In flowers, shells and lizards, beautiful”

Balthasar van der Ast was born in Middelburg in the Southern Dutch province of Zeeland, in the family of a prosperous wool merchant. His birth was not recorded, but years later, on June 30, 1618, his older brother Jacob’s legal action indicated that Balthasar was around 25 years old at the time, making his birth date 1593 or 1594. His father, Hans, was a widower, and when he died in 1609, Bathasar moved in with his older sister, Maria, and his brother-in-law, the prominent Dutch painter Ambrosius Bosschaert the Elder (1573–1621), whom Maria married in 1604.

Van der Ast was trained by Bosschaert as a still life painter, and his early works clearly show Bosschaert’s influence. In turn, the three sons of Ambrosius Bosschaert, Ambrosius the Younger (1609–1645), Johannes (ca. 1612/13-1628 or later), and Abraham (1606-1683/84) were trained by van der Ast upon the death of their father. Together, this group of painters is sometimes referred to as the “Bosschaert dynasty”.

Van der Ast accompanied the Bosschaert family in their move in 1615 to Bergen op Zoom and in 1619 to Utrecht, where van der Ast entered the Utrecht Guild of St. Luke. Roelandt Savery (1576–1639) entered the St. Luke’s guild in Utrecht at about the same time. Savery, had considerable influence on van der Ast and his pupils in the years to come, especially in van der Ast’s interest in tonality. Besides the Bosschaerts, his pupils were Anthony Claesz and Johannes Baers. It is also likely that Jan Davidsz de Heem (1606-1683/84) was van der Ast’s pupil in Utrecht. He also influenced Willem and Evert van Aelst, and Bartholomeus Assteyn.

Van der Ast remained in Utrecht until 1632, when he moved to Delft and joined the guild of St Luke on 22 June 1633. On February 26, 1633 he married Margrieta Jans van Buijeren. They had two children, Maria and Helena. In Delft, van der Ast and family lived in the house on Cellebroerstraat until 1640, and in the house in Oude Delft until his death in 1657, when he was buried in the Oude Kerk.

Our Sponsors
Our Sponsors this month are Humblebeads, Celtcraft Designs and Songbead.
Please visit us tomorrow to see the prizes!
How to enter the Monthly Challenge:
1. You need to have a Pinterest account. Go get one ASAP if you don’t have one already. It’s easy, fun and inspiring.
2. Email us at absmonthlychallenge@gmail.com to get added to the monthly challenge board.
Subject: Monthly Challenge Board Request
You will be emailed an invite to the board within 48 hours. Accept the invite and you are ready to pin your entries.
3. Two ways to pin your entry to the board.
Pin your photo from the internet (on your blog, Etsy shop, etc.)
Add your photo directly from your computer
Create something using an art bead that fits within our monthly theme. We post the art to be used as your inspiration to create. This challenge is open to jewelry-makers, fiber artists, collage artist, etc. The art bead can be created by you or someone else. The challenge is to inspire those who use art beads and to see all the different ways art beads can be incorporated into your handiwork.
An Art Bead must be used in your piece to qualify for the monthly challenge.

Please add the tag or title JUL ABS to your photos. Include a short description, who created the art beads and a link to your blog, if you have one.

Deadline is July 31st.
You may upload 2 entries per month.

ENTRIES for ART BEAD ARTISTS!!
• Beads Makers Pinterest Board-Art beads must be created by you and fit the Art Bead Scene’s monthly challenge theme. They can be made for the challenge or ones you have made before. 2 entries per month are allowed.
One entry will be picked by the editors each month for a free month of advertising on the Art Bead Scene. Bead entries have to be pinned by the 30th of the month.
Beads only – do not post jewelry on this board. If a post doesn’t fit the challenge it will be deleted.
Monthly Challenge Recap

• Please post at least one single shot of your creation on the Pinterest Board. This will be used to make a collage for the Monthly Challenge Gallery. Every creation will be added to the collage, regardless of a blog post. So everyone gets included!

Your entry must be on Pinterest 2 days BEFORE the recap to be included.

• Be sure to share with us the name of the art bead artist in the description of your photo so that if you are selected for the weekly Perfect Pairings on Wednesdays, both you as the designer and the art bead artist can get the credit you both deserve!

• An InLinkz button will be added to the bottom of the Monthly Challenge Recap post. Here you will be able to link up your blog post if you have one. It is no longer necessary to add your blog post URL to the description unless you want to. Be sure to hop around and see all the great inspiration and leave some comment love!

• The Monthly Challenge Recap with Blog Tour will be posted on July 29th.

• One prize winner will be selected at random from all pictures posted on the Pinterest board.

• One prize winner will be selected at random from all blog posts added to the hop for the Monthly Challenge Recap post. So if you want to be in the pool for the second prize, be sure to use the InLinkz code at the bottom of the post to share your process and inspirations!

• Winners will be randomly chosen from all the qualifying entries on July 1st.

• Formerly the Featured Designer of the Week, our new Perfect Pairings will focus on both the jewelry designer and the art bead artist.

• Be sure to point out all the art bead artists in your work in the description of the photo on the Pinterest Board. Links to their website or shop are appreciated. That way we can all find new art beads to love!

• From all the entries during the month, an editor will pick their favorite design to be featured every Wednesday here on ABS, so get those entries in soon.

An art bead is a bead, charm, button or finding made by an independent artist. Art beads are the vision and handiwork of an individual artist. You can read more about art beads here.

***A bead that is handmade is not necessarily an art bead. Hill Tribe Silver, Kazuri ceramic beads or lampwork beads made in factories are examples of handmade beads that are not considered art beads. 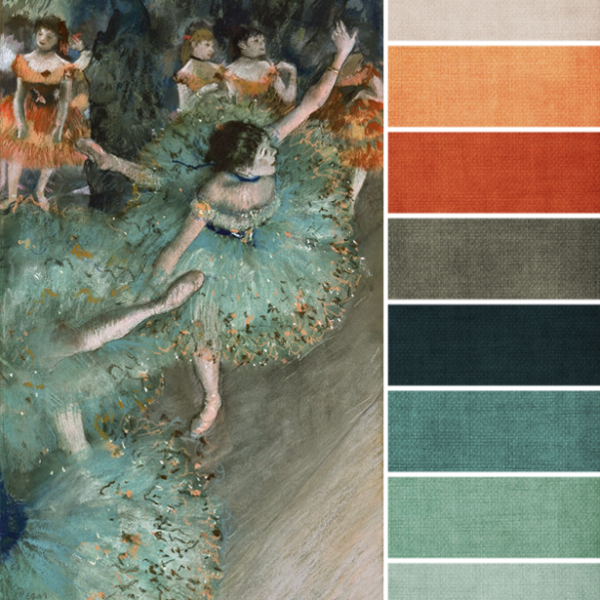