The Little Mermaid, 1911
by Edmund Dulac
Pencil, pen, black ink and watercolour with scratching out on paper
12¼ x 9 7/8 in. (30.8 x 25.2 cm.)
About the Art
The Little Mermaid (At the mere sight of the bright liquid they drew back in terror) signed and dated ‘Edmund Dulac 11’ (lower right) and with inscription ‘At the mere sight of the bright liquid…they drew back in terror The Mermaid’ (on reverse of the backboard)
This illustration was one of at least 28 prepared by Dulac for the 1911 Edition of Stories from Hans Andersen and, in this case, it was one of those accompanying the tale of “The Mermaid”. It is associated with the following text:
‘If the polyps should seize you, when you go back through my wood,’ said the witch, ‘just drop a single drop of this liquid on them, and their arms and fingers will burst into a thousand pieces.’ But the little mermaid had no need to do this, for at the mere sight of the bright liquid, which sparkled in her hand like a shining star, they drew back in terror. So she soon got past the wood, the bog, and the eddying whirlpools.
About the Artist
Born in Toulouse, France, on 22 October 1882, Edmund Dulac was the only child of Pierre Henri Aristide Dulac and Marie Catherine Pauline Rieu. The boy grew up in a comfortable petit bourgeois home. Educated at the Lycée de Toulouse, Dulac showed an early introversion and talent for drawing. By age sixteen he was able to render professional art nouveau work. After studying law at the University of Toulouse for two years, Dulac enrolled full time at the École des Beaux Arts in 1900. There he roomed with close friend and fellow student Émile Rixens. In 1903 Dulac won a scholarship to the Académie Julien in Paris. His December 1903 marriage to Alice May de Marini, an American thirteen years his senior, quickly dissolved and by 1904 he had left for England to start his artistic career. Enamored of British culture, he changed the spelling of his first name to “Edmund.”
Dulac was an immediate success in England. He joined the London Sketch Club soon after his arrival and later St. John’s Art Club. His first commission was the illustration of Jane Eyre, a quintessentially British project with which he was entrusted at the age of twenty-two. In April 1911 he married Elsa Arnalice Bignardi, a shy, graceful girl of Italian and German descent.
Dulac is best known as an illustrator of gift books and children’s books. His favorite medium was watercolor. From 1890 to 1920, British book illustration was preeminent and Dulac’s career flourished. He also collaborated with his friends W. B. Yeats and Sir Thomas Beecham on various theater projects. In 1920 he composed music for a production of Yeats’s At the Hawk’s Well. Yeats, Dulac, and Ezra Pound staged Japanese Nō plays, with Dulac designing costumes, sets, and makeup and composing music.
At the close of his career, Dulac returned to illustrating children’s books with the same perfectionism that had characterized the rest of his work. He was in the middle of one such project when he had his third heart attack and died 25 May 1953, at the age of seventy.

Our Sponsors this month are Gaea Handmade and Diane Hawkey.
Please visit us tomorrow to see the prizes!
Monthly Challenge Recap
• Please post at least one single shot of your creation in the Flickr pool. This will be used to make a collage for the Monthly Challenge Gallery. Every creation will be added to the collage, regardless of a blog post. So everyone gets included!
• Be sure to share with us the name of the art bead artist in the description of your photo so that if you are selected for the weekly Perfect Pairings on Wednesdays, both you as the designer and the art bead artist can get the credit you both deserve!
• An InLinkz button will be added to the bottom of the Monthly Challenge Recap post. Here you will be able to link up your blog post if you have one. It is no longer necessary to add your blog post URL to the description unless you want to. Be sure to hop around and see all the great inspiration and leave some comment love!
• The Monthly Challenge Recap with Blog Tour will be posted on July 31st.

Perfect Pairings :: Designer + Art Bead Artist
• Formerly the Featured Designer of the Week, our new Perfect Pairings will now focus on both the jewelry designer and the art bead artist. Be sure to point out all the art bead artists in your work in the description of the photo in the Flickr pool. Links to their website or shop are appreciated. That way we can all find new art beads to love!
• From all the entries during the month, an editor will pick their favorite design to be featured every Wednesday here on ABS, so get those entries in soon.

How to enter the Monthly Challenge:
1. Create something using an art bead that fits within our monthly theme. We post the art to be used as your inspiration to create. This challenge is open to jewelry-makers, fiber artists, collage artist, etc. The art bead can be created by you or someone else. The challenge is to inspire those who use art beads and to see all the different ways art beads can be incorporated into your handiwork.
An Art Bead must be used in your piece to qualify for the monthly challenge.
***Beads strung on a chain, by themselves and beads simply added to wire or cord will not be accepted.***
2. Upload your photo to our flickr group. Detailed instructions can be found here and click here for a tutorial for sending your picture to the group.
Please add the tag or title JUL ABS to your photos. Include a short description, who created the art beads and a link to your blog, if you have one.
Deadline is July 31st. Photos are approved by our moderators, if a photo hasn’t followed the guidelines it will not be approved. You may upload 2 photos a day.
What is an Art Bead?
An art bead is a bead, charm, button or finding made by an independent artist. Art beads are the vision and handiwork of an individual artist. You can read more about art beads here.
***A bead that is handmade is not necessarily an art bead. Hill Tribe Silver, Kazuri ceramic beads or lampwork beads made in factories are examples of handmade beads that are not considered art beads.
Beaded beads, stamped metal pendants or wire-wrapped components are not considered art beads for our challenge.***
p.s. If you have a blog, post your entry and a link to the ABS challenge to spread the beady goodness.
July monthly challenge
5 Comments
By Art Bead Scene Team 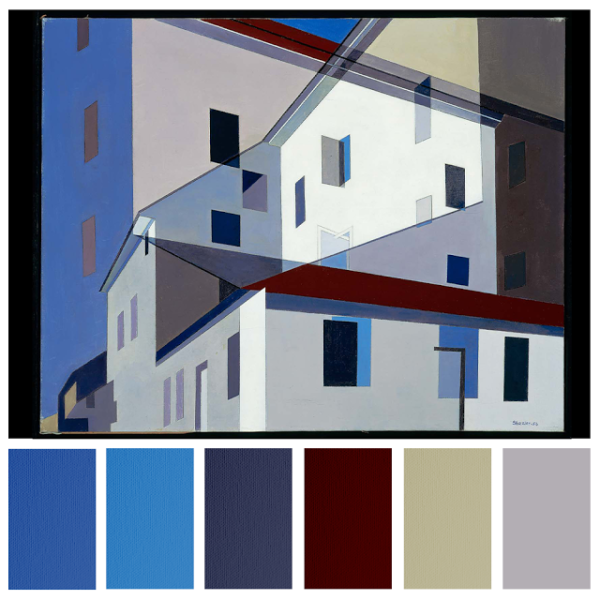 Inside the Studio with Erin Prais-Hintz of Tesori Trovati Jewelry

Featured Designer of the Week – GoddessJoy 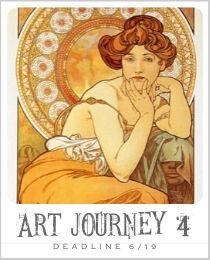