Do you know the twisting and turning feeling of falling down the rabbit-hole? The kind of serendipitous disorientation of following one thing that leads to another until you turn a corner and spot something that takes your breath away? That is exactly what happened when I stumbled upon our artist for Art Journey #2. I became smitten with these portraits, and I hope you will be inspired by them, too!

Victor Ivanovich Zaretsky (1925-1990) was a Ukrainian-born artist who studied at the Kyiv Art Institute from 1946-1953 and showed much promise. He was considered a brilliant artist at his school and had an encyclopedic knowledge of many historic artists through his studies. He won many awards and scholarships. While in school he mastered the art of perfectly realistic paintings. After he graduated, he taught there as well. Eventually he moved away from painting in the socialist realist style (showing idealized imagery of socialist life) to embracing the Ukrainian culture and traditional folk art style in a collection called “the peasant series,” as well as images of landscapes, cities and their inhabitants.

In the 1960s Zaretsky married a human-rights activist and artist in her own right, Alla Gorskaya. She was a strong, large, domineering woman, and they were known to be very tumultuous and passionate. He collaborated with her on large mosaics and mixed-media murals. Her strong personality and activism opened up the world of politics to him. They got involved with a dissident group called the Club of Creative Youth. Their political activities grew more intense and they joined 139 other artists and scientists in signing a letter protesting secret political trials of Ukrainian artists and intellectuals. Both were vigorously reprimanded by the Communist Party KGB, and this led him to shrink back and recall his signature under threat of being ostracized from the Union of Artists; Alla held firm in her beliefs and was ultimately expelled from the Union. This experience made him decide to stay away from anything related to politics.

There is a great mystery to the death of Alla Gorskaya who died under uncertain circumstances. Alla traveled alone from Kyiv to Vasilkov on November 28, 1970 and disappeared, according to her husband. Her body was discovered three days later in the basement of her father-in-law’s house, with a blow to the head from a blunt object (reportedly an axe). Victor was arrested and questioned, but released. Then the corpse of his father was found on the railroad, decapitated. It was said that Victor’s father and his wife had a strained relationship, that he had confronted her over a supposed indiscretion, had laid hands on her, and was to blame for her death. Victor confirmed that something was not right between his father and his wife, also that his father had recently suffered a stroke and surmised that he must have been weak leading to the accident in the railyard. Conspiracies about these grisly events abounded. Some thought that Victor was responsible, but he was released after questioning. There are some that said that the father killed Alla in a passionate rage and then, distraught, killed himself. But others aren’t so sure that a man who suffered a stroke could have killed a strong woman with just one blow. Others believed that due to her intense associations with activist groups – including registering a complaint with the Supreme Court of the Ukrainian SSR just days before her death – that she was silenced by the government. Rumors were rife throughout Ukraine about these two deaths, a mystery that has never been solved.

The sudden, violent, and mysterious deaths of both his wife and father overwhelmed him. Victor was understandably distraught by the death of his wife and the inevitable rumors that he had something to do with all that happened. He suffered a deep depression, was plagued by loneliness, and became reclusive, but threw himself into painting, working tirelessly from morning until evening. After her death, he painted several portraits in her memory, most notably “Soul of Alla Gorsky.”

In his early years, he painted in a socialist realism style, but by the 1970s abandoned that and moved to a more art nouveau style. He was often referred to as the “Ukrainian Klimt.” His favorite themes were women and nature.

The paintings selected here are most reminiscent of Zaretsky’s idol, Gustav Klimt. Zaretsky saw in Klimt more of a kinship as if they were twin brothers separated by time and space. Klimt was a fellow fighter but had a freedom of creativity without any of the ideological limitations that plagued Zaretsky.

The portraits of each of these women show similarities to Klimt’s works, but also distinct differences that make Zaretsky’s work unique. His luminous faces have the quality of marble sculptures or photographs come to life. Their clothes are highly decorated, framing their bodies in opulence. They are surrounded by swirls and eddies of saturated hues and wide swaths of color punctuated by patterns and overlays that have a mosaic-like quality of scattered gems or ornamental motifs. There are natural elements like birds, trees and flowers, each stylistically whimsical. The women seem to be enshrined and regal, covered in jewels, with an intensity and passion in their direct stares. He elevates the women he portrays. Beautiful. Mysterious. Feminine. Powerful. Passionate.

Zaretsky started as a socialist realist, but became one of the first Ukrainian modernists and postmodernists. His works focus on the traditions of Ukrainian folk and decorative and applied arts. Although he was rather reclusive after the 1970 death of his first wife and father, he did later remarry to Maya Grigorieva. He organized his own studio of arts, which he headed from 1978 to 1985 and taught many people who are famous painters now. His works are prized by museums and collectors alike. Victor Zaretsky died in 1990 of cancer.

Tell us….what do you see in these paintings that inspires you?

What is the Art Journey Challenge?

Every six weeks or so we will challenge our readers to create jewelry inspired by the featured artwork or collection of art or theme. Use any or all of the artworks as your guide to the challenge: color, theme, motif, style, etc. You have until the end of the Art Journey period to share your work and then we pick one winner to receive beads and jewelry-making supplies from our editors and sponsors that will work with our NEXT Art Journey to hopefully inspire you to continue joining the challenges. Our only rule? You must use at least one art bead in your piece!

We need to emphasize that all art provided on the Art Bead Scene is for inspiration and education only. No art may be downloaded or replicated in your art. Please bear that in mind.

Create something using an art bead that fits within our monthly theme. This challenge is open to jewelry-makers, fiber artists, collage artist, etc. The art bead can be created by you or someone else. The challenge is to inspire those who use art beads and to see all the different ways art beads can be incorporated into your handiwork. An art bead must be used in your piece to qualify for the monthly challenge. Upload your photo to our photo album. Include a short description, who created the art beads and a link to your blog or shop, if you have one.

NEW! Entries will now be posted at our Art Bead Scene Lounge page on Facebook! Go to the Albums, find the one corresponding to the current Art Journey challenge, and post your images there. Remember that each entry is a chance to win! Be sure to add the hashtag #artjourneytwo to your post.

You may upload as many entries as you like per Art Journey, as long as they follow the guidelines. (Please be patient as they are approved by one of our editors to post in the Album). Our prize for Art Journey #2 will be given away from a random draw of all entries on March 28th with our prize package donated by Anne Potter that will be perfect for use with the Art Journey #3! We hope this will encourage you to play along!

• One prize winner will be selected at random from all pictures posted in our new Facebook albums!
• The winner will be randomly chosen from all the qualifying entries on March 28th.
• Be sure to point out all the art bead artists in your work in the description of the photos when you upload to the new gallery. Links to their website or shop are appreciated. That way we can all find new art beads to love!

An art bead is a bead, charm, button or finding made by an independent artist. Art beads are the vision and handiwork of an individual artist.

Feel free to share beads that you made inspired by our challenge in our gallery. You can enter multiple submissions for each challenge. We love to promote new artists and share what you’ve created! Be sure to add some links so that we can know where to find more of your art beads! 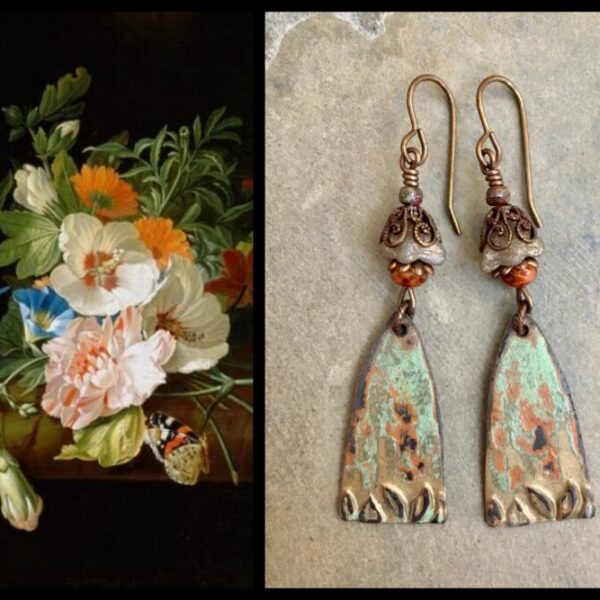 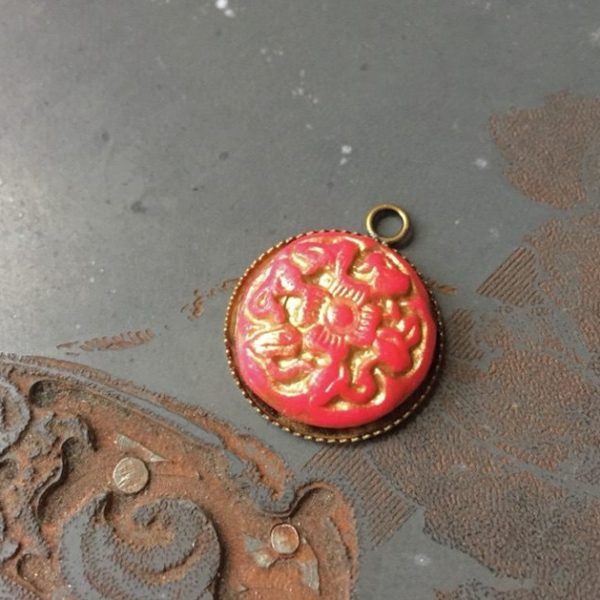 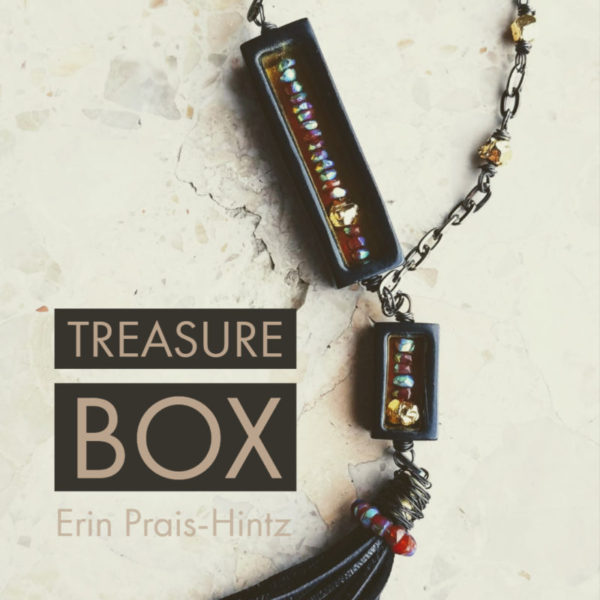